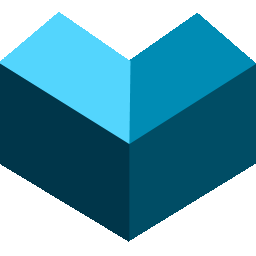 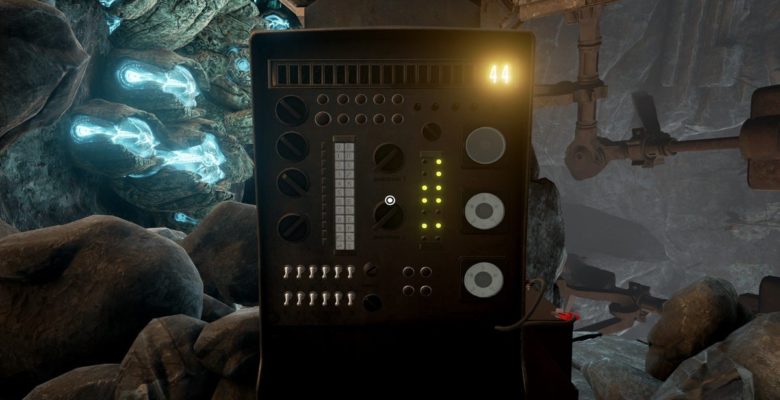 I’m not proud to say this, but the other night, in a rare moment of emotional weakness, I ragequit a game. I threw my controller down, stood up, said “I can’t do this anymore,” and walked away, mind clouded with frustration.

To be clear, I’m not blaming the game. In fact, for most of the night I found the game in question, Leprechaun Shadow by Standoff Software, overall lighthearted and enjoyable. A humorous 3D adventure game with solid graphics, well-formed characters, and a decent puzzle chain ferrying me along, it also accomplished something few “comedy” games ever do: actually had me laughing out loud.

However, after leaving the gates of the game’s charming medieval town, it transitioned into something else entirely: a monster-fighter RPG. While I have nothing against battle RPGs in general, Leprechaun Shadow‘s felt particularly brutal: enemies’ HP is never displayed, so it’s tricky to plan turns; their attacks are powerful and healing opportunities scarce; and my party’s skill growth didn’t seem to match the pace that monsters kept slicing down our HP. The attacks happened frequently, chances of fleeing were low, and checkpoints were sparse.

After a dozen party deaths, with little progress, I was over the edge and gave up trying. Which is a shame, because I was really looking forward to whatever is supposed to come next.

Typically I have a high-falutin moral superiority around not using walkthroughs or hints, but I knew in my heart I was never going to overcome the RPG section of my own will. So I turned to the internet to answer: is there something I was missing? Or is the extensive, brutal battles the only way to play?

It was looking for other Leprechaun Shadow videos where I saw something unexpected: my feelings of the game’s “brutality” were simply “challenge” to other players. One Twitch streamer even titled his playthrough “Adventure + Battle RPG = 10/10 Unicorn.” I saw some streamers who were gleefully grinding at the RPG section for hours, eventually uncovering recovery checkpoints and character skills I didn’t possess the patience to reach.

These alternate and opposite reactions sparked a few interesting realizations: Frustration is not universal. What I find frustrating, someone else may enjoy, and vice versa. But beyond that, even the parts of games I enjoy contain a sense of frustration. In the earlier adventure sections, decoding solutions to the adventure game puzzles could sometimes (as is often the case) make me feel lost and confused. The difference was that I had enjoyed that type of frustration.

Frustration is powerful: it can motivate to overcome an obstacle; or stymie to the point of abandonment. If both the highs and lows of my experience playing Leprechaun Shadow could be described by frustration,  could that mean all games are fundamentally frustration machines? Could the differences between genres just be the different frustrations the games provide? And could the difference in a player’s taste in games be their preferred and disliked frustrations?

A quick Google search revealed that I wasn’t the first person to have this line of thought. An article in The Guardian poses the question “Is frustration an essential part of game design?” which many intelligent game designers seemed to agree with. Bennett Foddy, NYU Game Design instructor and creator of the frustrating-by-design titles QWOP and Getting Over It, even created a taxonomy for the “Eleven Flavors of Frustration.”

Foddy’s eleven frustration flavors focus on what’s happening in a player’s head (e.g. “Are we there yet?“). My experience with Leprechaun Shadow (and other titles) inspired me to explore a different direction: what prevents a player from accomplishing what they want?

Many games gradually increase the expected skill-level as a player gains more experience, keeping a steady but constant stream of skill-based frustration throughout the game.

The advantage of this type of frustration is that it pushes players to grow, keeps them engaged, and creates satisfying feelings of self-improvement and accomplishment. Spelunky‘s frustrationis largely skill-based: only after running through levels dozens or hundreds of times do players build up quick identification-reaction skills to make it through the levels alive. Each time a player makes it one level deeper than before, they feel pride at their improvement.

In other situations, this frustration could make players overwhelmed and discouraged. For instance, I think English Country Tune is an amazing game. However, I’m embarrassed to say I hit such strong mental barriers trying to solve the final few geometric puzzles that I threw in the towel and have not returned, figuring I might never quite get there.

Players are prevented from progressing by a lack of knowledge: either what their objective is, or the method of achieving it.

This frustration makes learning and discovery a central activity. It’s different from skill-based frustration since this isn’t about practice and development — it’s about learning some missing piece of information, after which task completion becomes straightforward.

Starseed Pilgrim is a great example. While there is skill involved in completing the game, the first goal is to just understand the rules of the game world. The game provides only koan-like assistance while the player works to make meaning of the blocks around them.

Classic adventure game puzzles à la Sierra or LucasArts are another example. Players may know their objective (e.g. to get to the other side of a bird-infested roof) but are in the dark about what to collect, combine, or activate to accomplish it (put a balloon under breadcrumbs, enticing birds to peck and pop the balloon, thus scaring them away).

Sometimes this quest for knowledge — and its eventual discovery — is hugely satisfying, providing feelings of intelligence and independence. In other cases, this frustration feelsl tremendously unfair, as if the real challenge is to read the designer’s mind. That deep frustration was parodied in Obduction, where a device containing multitudes of knobs, buttons, and displays seems like it’s destined to be a herculean information-based headache to decode. Fortunately, these literal bells and whistles are (spoiler alert) just a decoy. Instead, the player just needs to enter a simple numeric code verbatim on the device’s keypad.

Players are prevented from progressing because a time investment is required.

When that time is spent passively, it’s a timeout punishment. When it’s spent actively, it’s grinding.

A blast from the mid-2010’s-Gamification-Gold-Rush past, timeout punishments purposefully frustrate the player, often to incentivize payment. When a player runs out of lives in Candy Crush, there’s no game mechanism preventing them from playing another level — other than the app’s mandatory waiting period. But there are other ways that forced waiting can lead to interesting game design.  In Animal Crossing, players need to wait for real-life holidays in order to collect seasonal items; and who can forget the subversive “Go Outside” achievement in The Stanley Parable, which notoriously requires not playing the game for 5 real-time years.

The other type of time-based frustration is grinding, where certain in-game statistics must be leveled up to overcome obstacles or unlock new content. This isn’t about the player gaining real-world skills from experience, it’s about unlocking game-world skills, such as more HP or stronger attacks, usually by way of repetitive action. When done well, as in RPGs such as The Legend of Zelda: Breath of the Wild, the gradual building of stats is coupled with genuine feelings of progression, character growth, and story movement. When done poorly, it can feel arbitrary, like a game is purposefully withholding content solely to drag out playtime.

Players are prevented from progressing by an unfavorable random probability.

Many non-linear games involve some level of luck, although it’s often combined with other types of frustration. When drawing tiles for a Scrabble rack or cards for a Magic: The Gathering hand, players might face a frustrating outcome. But the draw isn’t the core mechanic of the game — it’s just fuel for skill-based frustration, as players try to use those tiles or cards to outplay their opponent.

Compare that to a slot machine, where with few exceptions, there is no control or interaction besides probabilistic events. These are Skinner Boxes, and are responsible for a range of emotions from unfairness to addiction. A more traditional example of this mechanic would be Chutes and Ladders, where players are at the mercy of their spin. However, I’d probably consider Chutes and Ladders players at relatively low risk of compulsion issues.

These four aspects might not be exhaustive, and they’re certainly not exclusive. Most games and mechanics combine multiple categories of frustration. We could even debate where basic games lie: does a maze provide skill-based frustration, depending on the player’s navigation abilities; or time-based frustration, since wandering around for long enough increases the chance of locating the exit?

I’m more interested in how this framework might complement or subvert the idea of genre. For instance, a few months ago I became a late adopter of Into the Breach, a turn-based strategy game I picked up after hearing praise for months. Turn-based strategy typically doesn’t click with me (the last one I played extensively was Advance Wars in 2001), but Breach provides a crucial innovation that sucked me in: all enemy moves are telegraphed in advance.

This fresh take converts some of a traditional turn-based strategy game’s luck-based frustration (“If only the AI had made different choices, I could have won!”) into skill-based frustration (“I knew what the enemy was going to do, so any failure is my own”). For a player like me, this change shifted the genre enough that I was immediately hooked.

My personal frustration profile (from most to least preferred) probably looks like:

Just as much as the RPG sequence of Leprechaun Shadow wasn’t for me (since it felt like too much time-based and luck-based frustration for me), there are other players who couldn’t get enough of it. And I’m sure there’s the converse for some of the games I love. For instance, my college roommate was put off by the overwhelming knowledge-based frustration when we tried to tackle Terry Cavanaugh’s co-op understand-em-up At a Distance. Meanwhile, I was grinning ear to ear the entire time.

Maybe when people ask me for game recommendations, I should stop asking “what genres do you like?” and switch to “what types of frustration do you like?”. After all, isn’t energized frustration just as enjoyable as plain-old fun?